Botrytis cinerea is one of the most destructive pathogenic fungi that causes gray mold rot in horticultural products, including fresh fruits, vegetables and flowers, resulting in severe economic losses. B. cinerea is difficult to control because it has strong resistance to stress and complex modes of infection. The pathogenic mechanisms of B. cinerea have been revealed at multiple levels, but little is known at the epigenetic level. In this study, we first reveal the important role of DNA methyltransferases in regulating the development and pathogenicity of B. cinerea. We show that two DNA methyltransferases, BcDIM2 and BcRID2, showed a strong synergistic effect in regulating the pathogenicity of B. cinerea. The double knockout mutant △ Bcdim2rid2 showed slower mycelial growth, lower spore germination, attenuated oxidative tolerance, and complete loss of pathogenicity in various hosts, which is related to the reduced expression of virulence-related genes in △ Bcdim2rid2 and resistance. induced from the host. Although B. cinerea has multiple DNA methyltransferases, the overall methylation level is very low, and BS-seq. It can detect few 5mC sites. These results first revealed the important role and mode of action of DNA methyltransferases in B. cinerea. 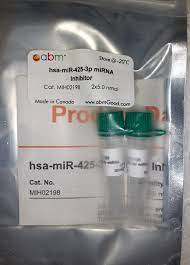 The B. cinerea strain B05.10 was used as the wild-type and gene replacement receptor strain in this study. Wild-type and mutant strains of B. cinerea were generally maintained on potato dextrose agar (PDA) plates at 22 ° C. Potato dextrose broth (PDB) was used to grow the conidia for the germination test. The conidia were collected in sterile distilled water and removed from the mycelium by filtration through two layers of sterile gauze. The conidia concentration was determined with a hemacytometer.

Alignment of the MTase DNA sequences was performed using ClustalX 2.1. The phylogenetic tree was generated by MEGA 4.0 and bootstrap analysis was carried out using 1000 repetitions.

Wild-type conidia were cultured in PDB medium containing 0.5 mm, 1 mm and 2 mm of 5-azacytidine at 22 ° C for 2 to 8 h at 160 rpm. Cytidine treatment was used as a negative control. The conidia were then harvested and washed twice with sterile distilled water before detecting germination rate and pathogenicity.

Knockout mutants were obtained using a gene replacement strategy as previously described [47]. First, single knockout mutants of DNA MTase genes were generated using hygromycin B as a selection marker (Figure S1A). To obtain double mutants, the second target genes were removed with nourseothricin as a selection marker (Figure S1B). The primers used for the generation of knockout mutants are listed in Supplementary Table S1. Flank PCR was used to verify correct insertion in mutants using the primer pairs that were located outside the L flank and inside the resistance cassette, respectively (Table S1). In order to exclude ectopic integration, homokaryotic transformants were subjected to Southern blot analysis according to the method described previously.

The virulence of the wild-type and mutant strains was tested in apple fruits (Malus pumila Mill cv. Fuji), tomato fruits (Lycopersicon esculentum Mill cv Castlemart), tomato leaves and strawberry leaves. Before inoculation, B. cinerea strains were grown for 10 days in PDA at 22 ° C. Conidia were harvested with PDB medium and adjusted in suspension to 5 x 103 spores / ml. A 10 μL drop of conidia suspension was inoculated on the previously wounded apple or tomato fruit and incubated at 25 ° C in closed plastic trays to maintain a high relative humidity (95%). Detached leaves of 4-week-old tomato plants were inoculated with 5 μL of conidia suspensions. The leaves were incubated in Petri dishes covered with filter paper soaked at 25 ° C. Disease symptoms were scored every day. Each treatment contained three replicates with 5 fruits or leaves per replica. For onion epidermis penetration tests, small pieces of onion epidermis were cut and placed on glass slides, keeping the inner side up. Conidia suspensions were inoculated on the epidermis of the onion. The inoculated onion epidermis were incubated in humidified plates for 16 h at 25 ° C. The epidermis were then stained with Cotton Blue for 5 min. Penetrations were observed under the microscope after removing excess dye by washing with distilled water.

Leaf ROS were detected by diaminobenzidine (DAB) staining. The detached tomato leaves were inoculated with 5 μL conidia suspensions at a concentration of 5 × 103 spores / mL. Subsequently, hydrogen peroxide was detected at 24 and 36 h after inoculation by DAB staining [49]. The infected tomato leaves were soaked in 1 mg / ml DAB solution overnight. The leaves were then soaked in ethanol to remove chlorophyll until suitable for imaging.

Overall DNA methylation was quantified using the MethylFlashTM Methylated DNA Quantitation Kit (Epigentek, New York, NY, USA). Total DNA was extracted using a DNeasy Plant Mini Kit (QIAGEN, Hilden, Germany). Briefly, 100 ng of DNA was added and fixed in a strip well with a specific affinity for DNA. Next, the level of DNA methylation was quantified by a 5 mC capture antibody and a detection antibody. The amount of methylated DNA is proportional to the optical density (OD) values ​​obtained from enzyme-linked immunosorbent assays and is presented according to the calculated percentage of 5mC.

Five micrograms of genomic DNA, extracted from 48 h mycelium, were used for high-throughput bisulfite sequencing in each sample. For library construction, genomic DNA was fragmented by sonication using a Bioruptor (Diagenode, Liege, Belgium) to an average size of approximately 250 bp, followed by blunt termination, addition of dA to the 3 'end and ligation of the adapter. Bisulfite conversion was carried out with an EZ DNA Methylation-Cold kit (Zymo Research), lambda DNA was used as a control. The library was sequenced using the Illumina HiSeq 4000 Genome Analyzer after desalting, size selection, PCR amplification, and a second size selection. The raw sequencing data was processed by the Illumina base call pipeline. The clean data was assigned to the reference genome by BSMAP and duplicate reads were removed before the mapping results were merged according to each library. Methylation levels were determined by dividing the number of readings covering each mC by the total readings covering that cytosine.

Data were analyzed using SPSS version 11.5 (SPSS Inc., Chicago, IL, USA). A one-way analysis was performed to determine the significance of the difference. The mean separation was performed by Duncan's multiple range tests. The difference was considered significant when p <0.05.